ID: 517
Carbon Conversations participants are one of the Fridays For Future in Vilnius organizers

Lithuania, Vilnius 2019 Carbon Conversations participants Justina Anglickyte and Auste Juozapaityte are one of the Fridays For Future in Vilnius organizers 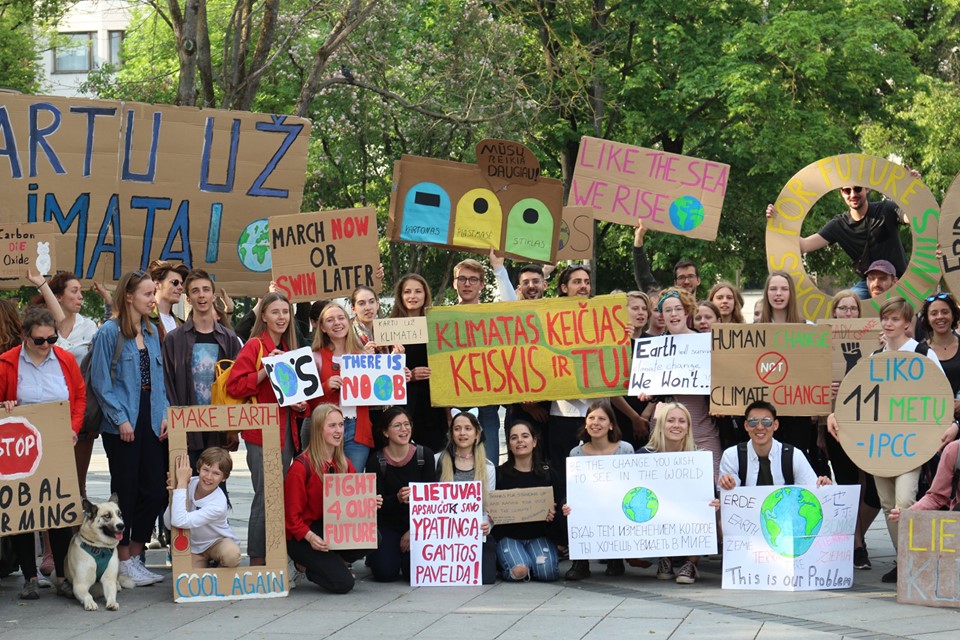 The first Fridays For Future event in Vilnius, Lithuania, took place on March 15th, 2019, in Vincas Kudirka Square, opposite the Lithuanian Government. It attracted a great deal of public and media interest. One of the initiators of this event were Justina Anglickyte and Auste Juozapaityte - the participants of the 11th Carbon Conversations group, which was organized by Ziniu Kodas this year, in February. Every other Friday participants of Fridays For Future stand peacefully, with posters against climate change and slogans such as “Stop climate crisis", “Choose your side", “Planet over profit", “Make Earth cool again", “There is no planet B" and many others. It is a great opportunity not only to contribute to the debate on climate change but also to find the people who share the same interests and cares about environmental issues and climate change issues. Fridays For Future in Vilnius is part of a global movement against climate change. This type of protest currently is taking place all around the world. While the protests against climate change in other countries take place every Friday, in Lithuania the culture of protesting is still new, for this reason, it was decided to protest every other week. The protest aims to highlight what climate change is and what dangers lie behind this phenomenon. The main goal of Fridays For Future participants is to gain the attention of government representatives, associations and the possibility to publicly discuss how to effectively control climate warming and avoid and minimize its consequences. This form of protest for the climate was inspired by the weekly school strikes initiated by Greta Thunberg, which began in Sweden, August 2018. The girl was skipping her lessons to protest at local government departments, demanding climate justice. 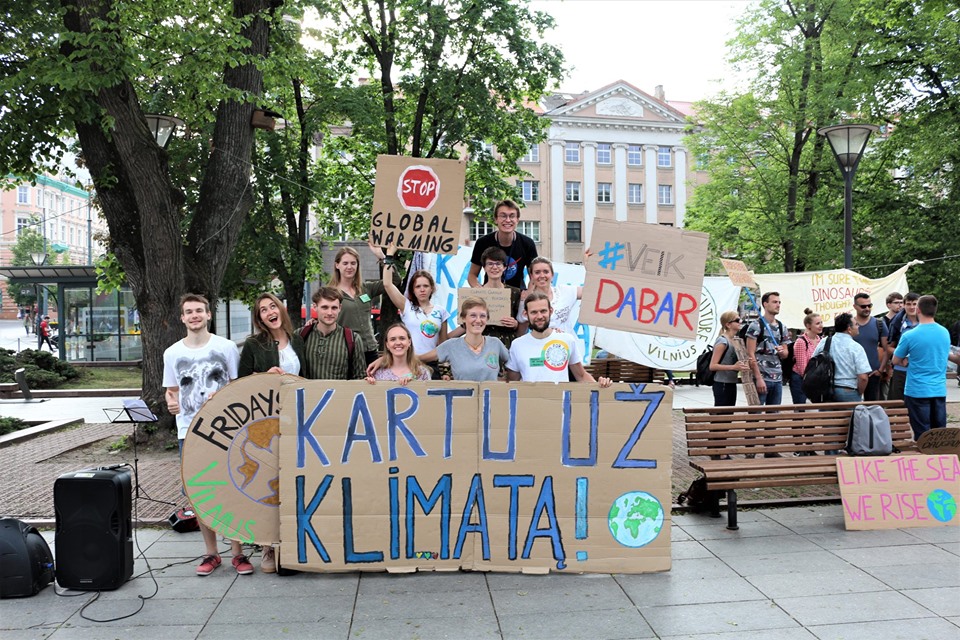 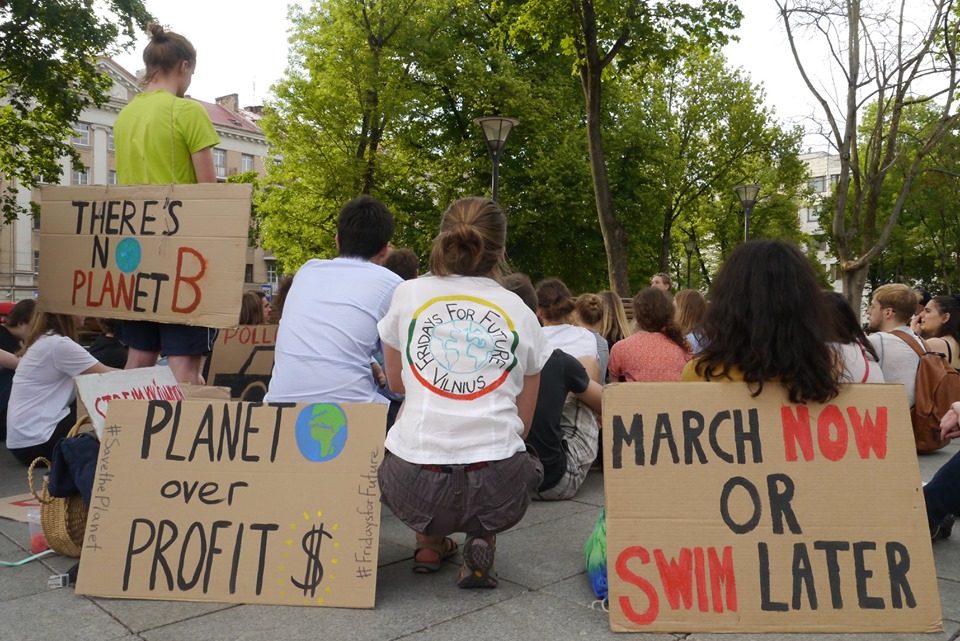 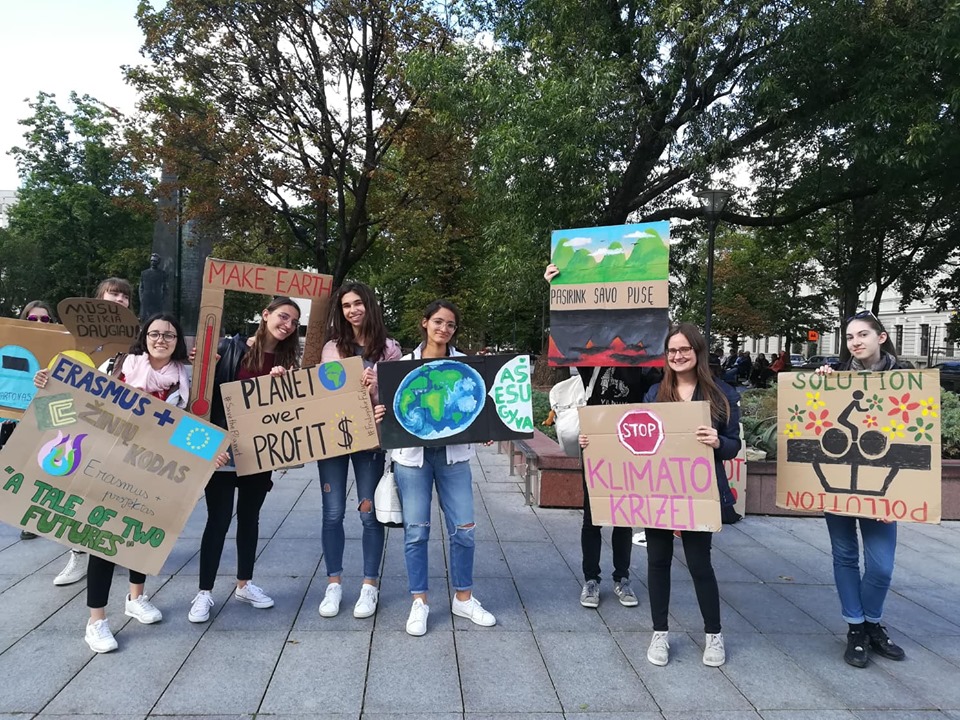 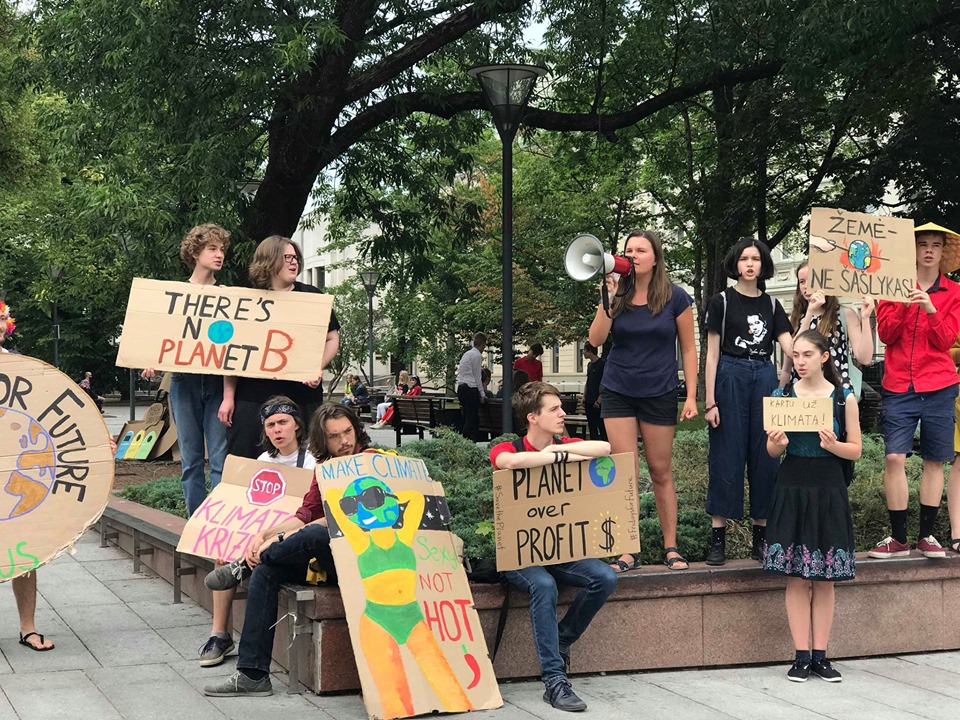 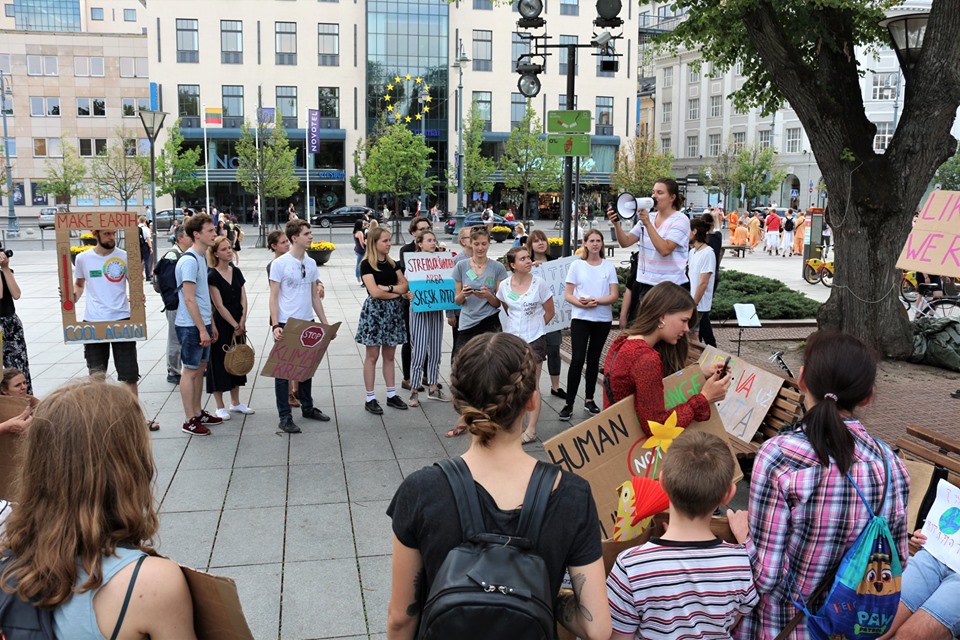 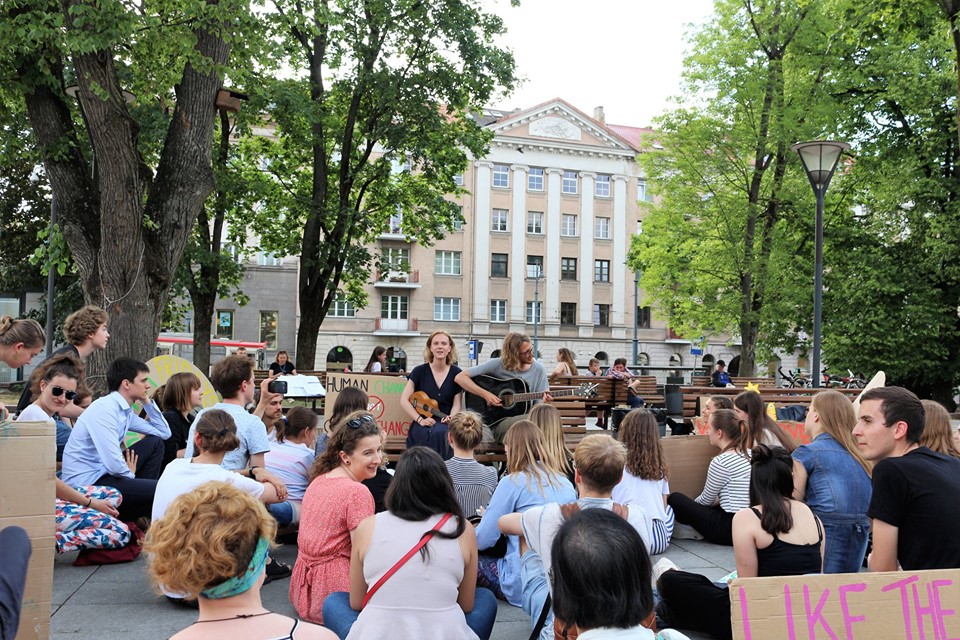 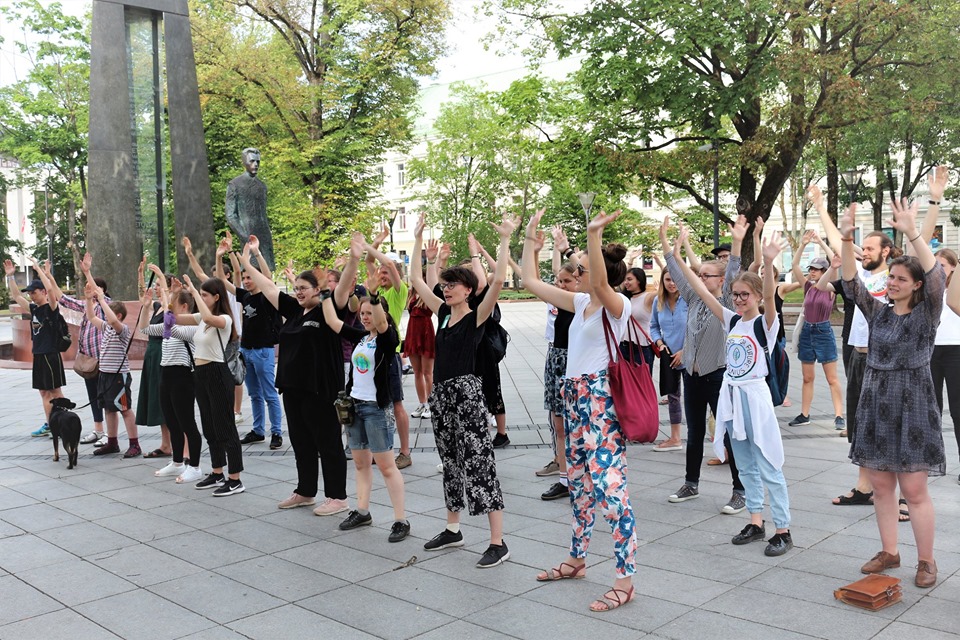 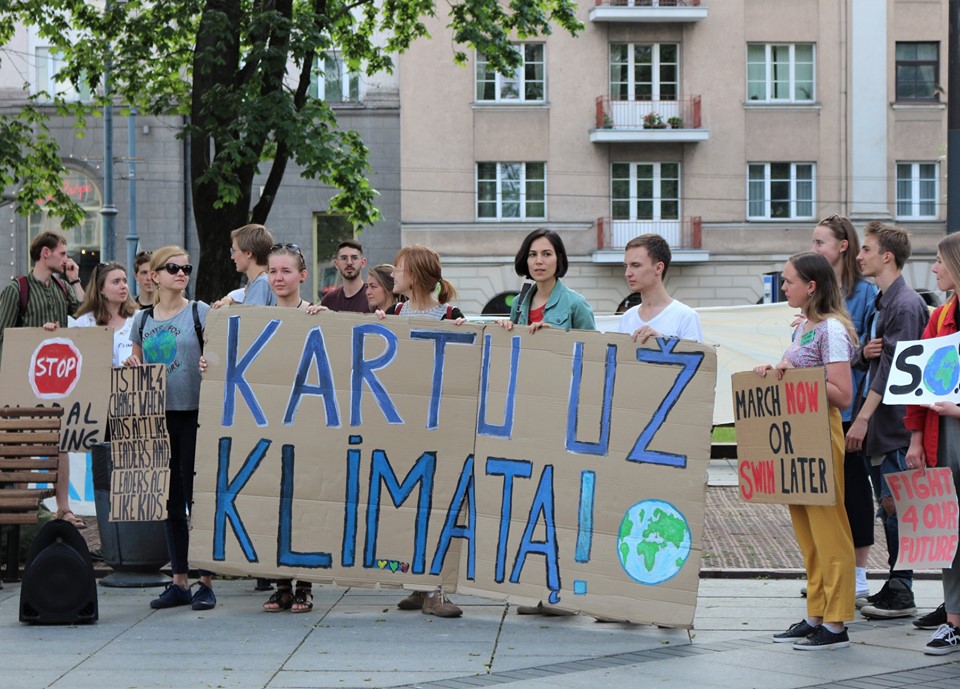 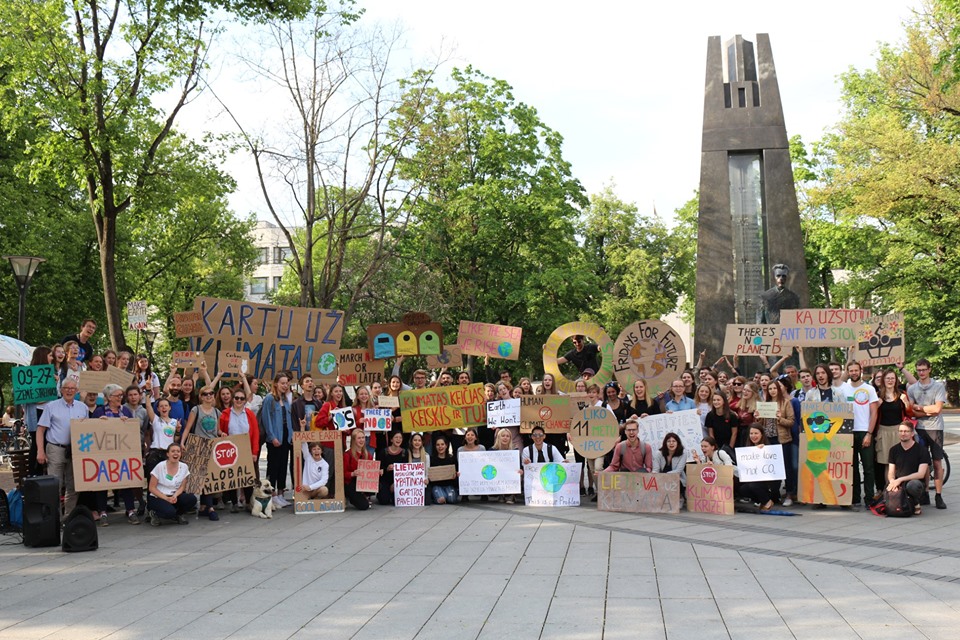 Other
Fridays For Future Vilnius