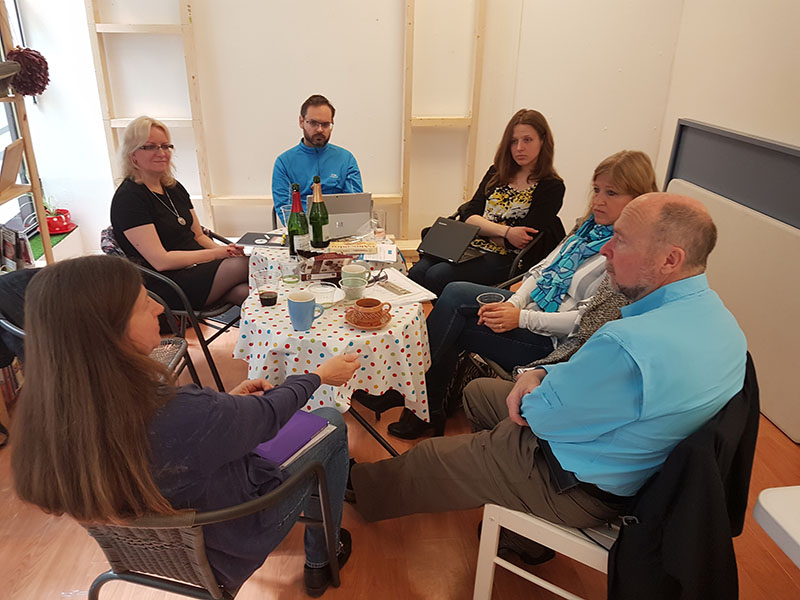 This meeting in Stirling was our first official Transnational Project Meeting. During the first day of the meeting, partners met at the Transition Stirling Tool Shed, a space for Transition Stirling to develop its low-carbon activities. Partners had the opportunity to see the work that the organisation has done in terms of refurbishing furniture and also had the change to discuss things over organic tea or coffee served and the premises. Partners discussed the progress with the two Intellectual Outputs (IOs) the team is currently developing, IO 01, the Carbon Conversations Guides, and IO 02, the Project Platform. The team had an opportunity to discuss how Carbon Conversations groups have developed since LTTA 01 took place in Reus in November 2016, where partners met for the first time to train and where 2 people from each Dom Spain and Ziniu Kodas took a shortened version of the Carbon Conversations programme so that they could then train to become facilitators. The team also discussed how DS and ZK are progressing with the adaptation of the materials of the handbook to the context of Spain and Lithuania, respectively. Partners also reviewed the projects saving energy and carbon emissions in EU countries that have been documented and whose information has been uploaded onto the project platform. During the second day of the meeting, partners had the opportunity to meet in one of the rooms inside Stirling's castle. Partners discussed planned activities until the following TPM which will take place in Vilnius in September 2017. The plan includes times and structured for upcoming LTTAs 02 and 03 in Reus and Vilnius, respectively. Partners also reviewed the dissemination plan and discussed activities to include in it. 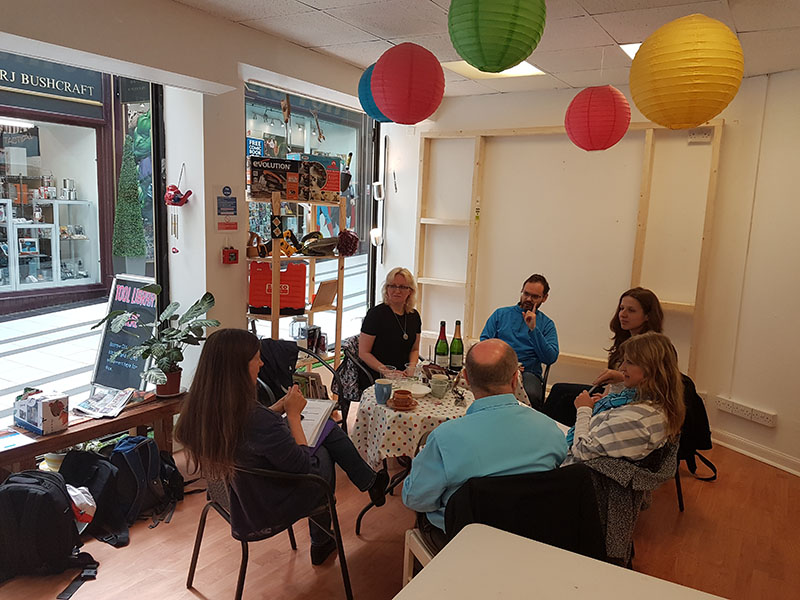 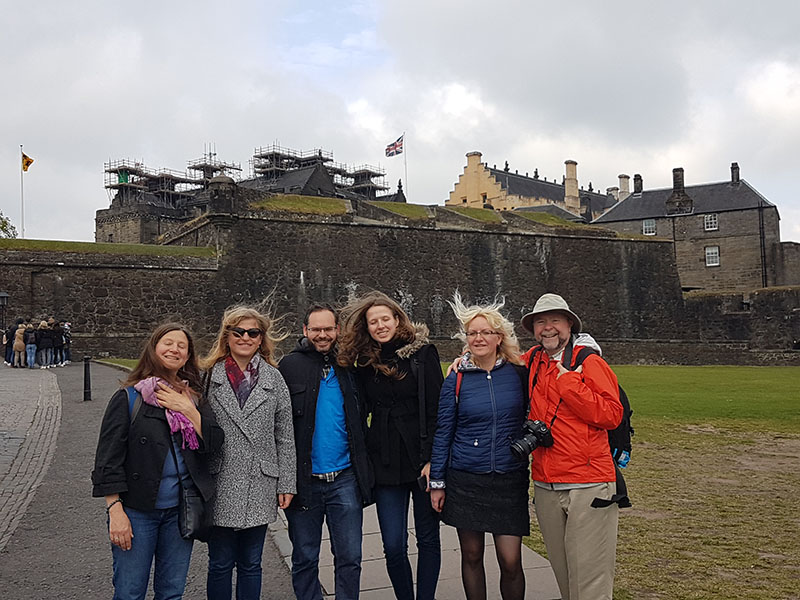 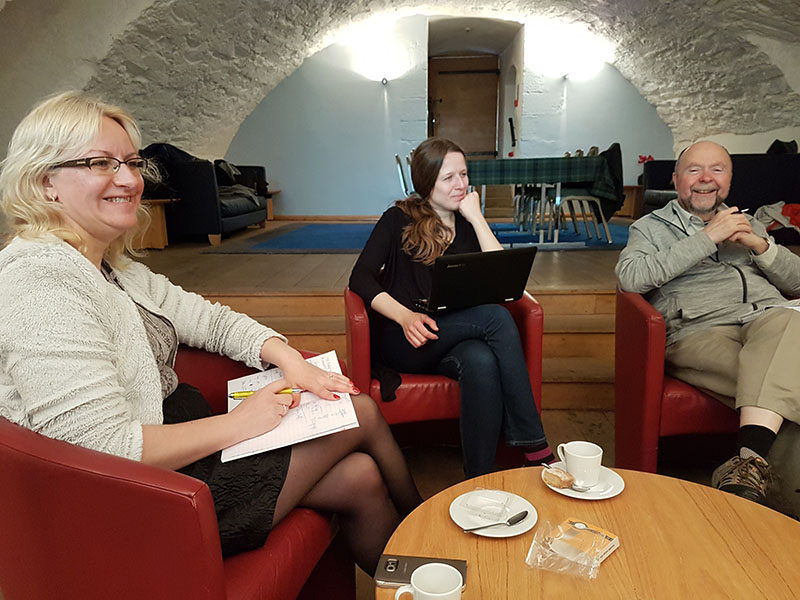 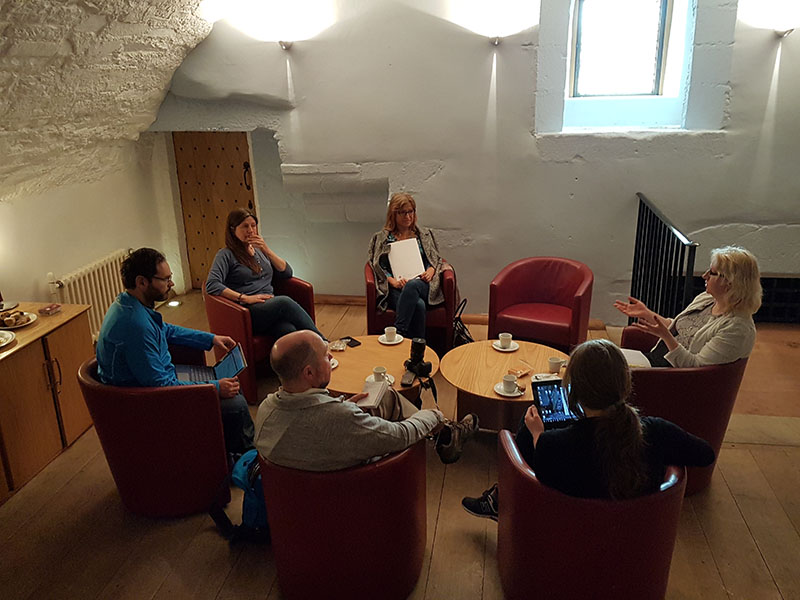 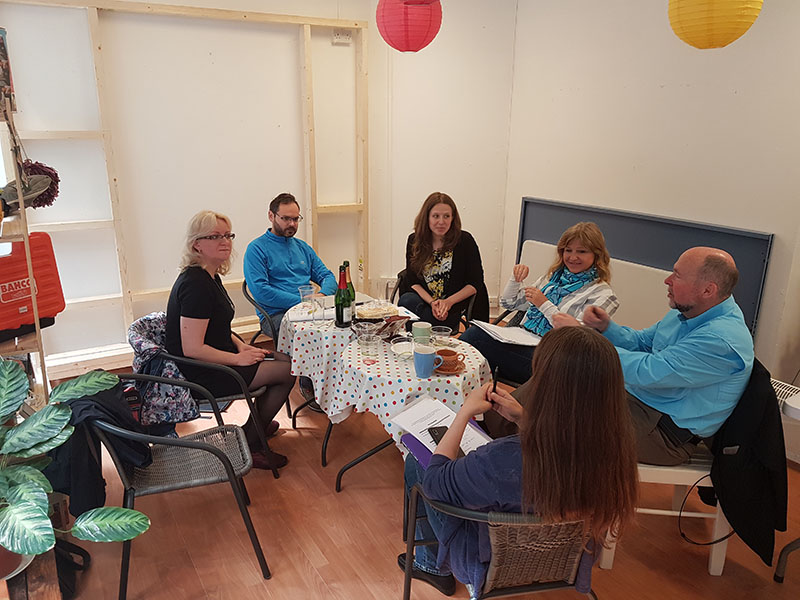